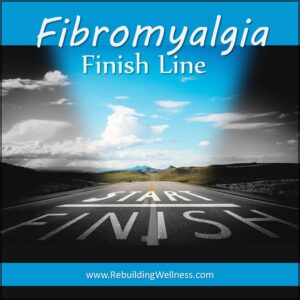 Whether you have fibromyalgia, arthritis, migraines, CFS, or any chronic or autoimmune illness, you want to make changes for the better. You want to see improvements and see the fruits of your labor.

Ultimately, you want to reap the benefits of your effort.

Years ago, I was so tired from my efforts, I thought I had nothing left.

Many years ago, I believed I was dying (I felt this description was literal) for a diagnosis.

I wanted a name.

No, I NEEDED a name. I wanted a name for the collection of symptoms that held me hostage. I saw multiple doctors and took more meds than I could count. Yet, my symptoms list swelled to nearly 3 dozen.

As it grew, so did my fear.

What ELSE could fall apart? What else could go wrong? In what other way will my body betray me and malfunction?

Perhaps you can relate.

For about 15 years, I searched for a diagnosis. My search was on and off (I’d try to forget it for certain periods of time). But when the search was on, I was frantic.

I built up my hopes to completely unrealistic levels for each doctor’s visit. I expected to be handed the name of my “disease” as if it were a key to a forbidden city. I wanted to know WHAT I had so that someone else could take over and tell me what to do about it.

The first break I had in my search, came when my GP was called up into the reserves. He was replaced by a young and perhaps naïve intern. For the first time in my life, I spoke to a medical person who seemed as genuinely interested and curious about my health as I was! She called me on a Friday at 9:30 in the evening. That was another first. A doctor called ME?

She said she still didn’t know what I had, but she used the term “connective tissue disease” which I’d never heard before. She said that she felt my IBS, leg cramps, poor sleep, headaches, and pain were all part of a larger problem.

Gee, that was new.

I continued to research on my own. But I now had more clues. I looked at connective tissue problems and tripped over the term “fibromyalgia” in many different journals. (These were the days of sitting in libraries and pulling out medical resources.)

Because I couldn’t understand the waxing and waning of symptoms, I created a spreadsheet for my own edification. I tracked back as far as I could remember and wrote down times in my life when my symptoms were the worst. I then thought about what was going on before those instances. I discovered a lot of different things – illness, injuries, medications, dental work, immunizations, relationship stress, moving, trips, and more – often preceded a flare. Some, more significant than others.

For the first time,

I saw a connection between

what I was doing

Proudly, I shared my 3-page spreadsheet with a new doctor (my insurance changed me to a new one). I told her that I suspected fibromyalgia. She said, “No duh.”

I’d finally made it!

I reached my finish line!!!

It was time to let go and let someone else take charge.

Au contraire. This doctor said that conditions such as fibromyalgia were very unpredictable. She said that our work together would be 90% patient and 10% doctor. She said, “You tell me. How can I support you? What do you need?”

I wanted to scream, “Get me out of pain!”

But, I didn’t. At an instinctual level, I knew the answer. If the dozens of meds I’d already taken didn’t work, what difference would a name make? Because my condition now fit into a neat little checkbox on a form, did I think she’d have magic pixie dust just for fibromyalgia?

She shook her head and said, “You’re a great researcher. You’ll figure it out.”

There I was. The starting line of another race. A new finish line on the horizon.

I went back to my books, documentaries, and libraries. I became fascinated with reported cases of the body’s ability to heal. I took into consideration thousands of different ways to transform the body and gravitated towards ones that made sense to me. I even gravitated toward some that didn’t make sense but made me want to know more.

I applied what I learned. I practiced. I experimented.

Gratefully, I’m able to share the good news that I healed.

But even at that, there’s always another finish line ahead of me.

I no longer have symptoms (sometimes none, sometimes minor annoying ones) but there’s always more to learn. I have health goals just like the next person.

I’m always working toward them. The finish line provides a point of focus which is a good thing. But the journey along the way is where gems of discovery are made.

Do you have a fibromyalgia finish line in sight? It’s more than likely nearer than you think.

What’s your next fibromyalgia finish line?

Just remember, it won’t be your last.

That’s it! Now that you know where to look, 1) Look for the gems, 2) Keep your finish line in sight, and 3) Remember that there’s always a next one.